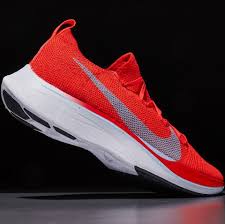 October 12th, 2019 marked an historic day in the world of marathon running and athletic achievement. Eliud Kipchoge, the reigning 2016 Olympic marathon champion and current marathon world record holder from Kenya, redefined human potential once again by running a sub-two-hour marathon in Vienna, Austria. Kipchoge completed the 26.2 mile run in 1 hour 59 minutes 40 seconds, making him the fastest human to ever run a marathon and the first to break the elusive 2-hour barrier.

During the run, Kipchoge wore a pair of unreleased Nike running shoes that have become a hot topic as of late. At first glance, they seemed to be the third iteration of Nike’s highly sought after Vaporfly 4%, which were named for their ability to increase running efficiency by 4%. These shoes were first introduced in conjunction with Kipchoge’s first attempt to break the 2-hour marathon record in 2017.

Since that time, the second generation, Nike ZoomX Vaporfly Next%, has hit the market and are flying off retail shelves. Independent scientific studies confirm that these shoes help you run faster, along with a plethora of professional and amateur YouTube reviews. In fact, almost every single elite runner lined up at the start line at the start of this weekend’s Chicago Marathon, was wearing either the Nike Vaporfly 4% or ZoomX Vaporfly Next%. 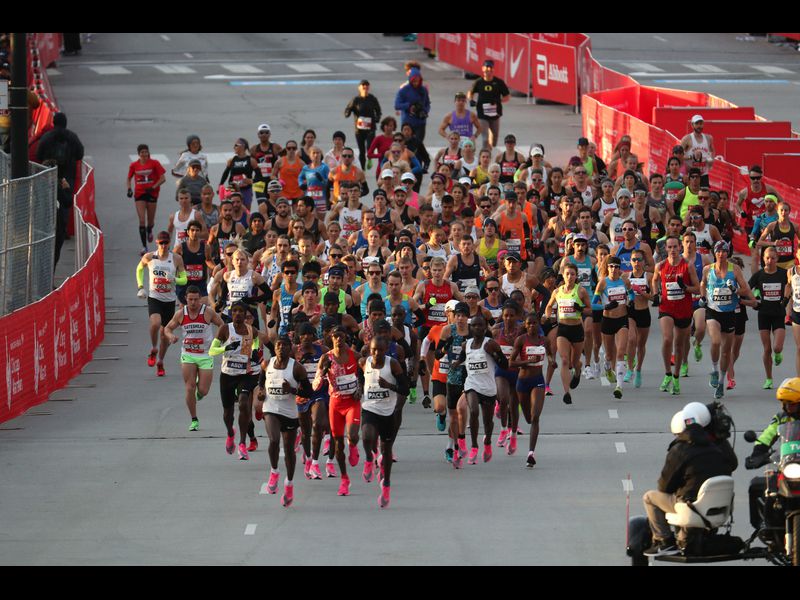 So, what is the hype about? How do these shoes improve your running efficiency?

Before this question can be answered, let’s briefly journey into the world of running biomechanics. In its simplest form, running is essentially repetitive jumping from one leg to another with the purpose of traveling forward as quickly as possible. Each time the foot lands, the muscles in the legs contract to control our landing and transfer energy to the ground in order to propel our bodies forward into the next stride. The force created against the ground as we land and push off is called the “ground reaction force”.

There are two main features that allow the shoe to accomplish this to such an unprecedented magnitude. First, the ZoomX foam used to construct the sole is designed to not only be effective at absorbing impact as you land, but to also return more energy as you push off (imagine bouncing against an exercise ball rather than into beanbag chair). Second, the shoe has a carbon fiber plate embedded within the sole. As a runner’s weight rolls from the mid-foot to their toes, the plate deflects slightly and stores energy like a leaf spring. As the foot comes up and the runner pushes off, the carbon plate unloads and provides additional propulsion. While subtle, these two features enhance the runner’s ability to transfer energy to the ground, resulting in an approximately 4% improvement in running efficiency.

So, are these shoes right for you? Well, there are many other factors that need to be considered when buying a new running shoe, and if you run regularly, you should have your running biomechanics analyzed to understand what type of shoe would be best for optimizing your running efficiency and supporting your musculoskeletal health. Also consider your goals — a casual runner might be better off in a more entry-level shoe, replaced twice as often when compared with the cost of the Nike Vaporfly!  If you are interested in a running analysis, please visit us at PhysioPartners!